Skip to content
HomeLatest NewsThe administration should open the way otherwise your trembling will stop Faisal Javed
Spread the love
Meeting halls are being closed, do not stop people from coming to the meeting, otherwise, they will remove the obstacles themselves. Central Leader PTI statement 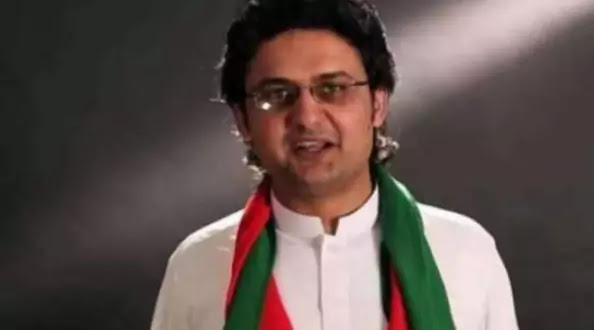 Lahore – Pakistan Tehreek-e-Insaf (PTI) central leader Faisal Javed has said that the administration should open the roads or else your trembling will be stopped. Don’t stop or they will remove the obstacles themselves.
He said in his statement that the roads leading to the venue are being closed, the administration should open the roads otherwise your trembling will stop, open the roads do not harass the people, do not stop the people otherwise they will remove the obstacles themselves.
Similarly, Awami Muslim League chief Sheikh Rashid while talking to the media said that the roads are closed, I have reached Lahore with great difficulty, the roads are closed but I have full hope from Allah. He said that the government will remain for another 15, 20 days till May, Imran Khan is the voice of the people and he will return in a strong manner.
Inshallah, there will be a long march, and Imran Khan will return in a big way.
He said the killers had gone to London to seek clearance. PTI leader Murad Saeed said that today some looters want to decide the future of Pakistan, Imran Khan has spoken of national sovereignty, and we will fight on every front. Furthermore, PTI Secretary General Asad Umar while addressing a press conference at the PTI office said that when the decision was taken in 1940, Pakistanis decided to live with real freedom.
I will give a message to the people to reach Minar Pakistan as soon as possible. We have heard that there is a slowdown. The completed western corridor was also completed by our government. It was not part of the science and technology and ITC pack. It was not an industrial zone. Now everything is there.
The PML-N government should work hard and not be jealous. He said that if the government does not know if it will run for more than weeks or months, then it will run C-pack and economy.
Elections are the only solution for democracy. What is the point of fear? Let’s enter the political arena and find out where the nation stands, the nation stands with Imran Khan and their ideology.
If the PDM did face embarrassment, the dollar would fall as it increased its foreign exchange reserves to record levels. Exports and remittances improved, a quarter fell after the no-confidence motion. It is demanded that elections should be held according to the meetings and public opinion.
If Imran Khan and the people do not hold elections then they will get the decision of the people. If elections are not held then the government will be politically buried by itself. I used inappropriate and threatening words, independent and independent Pakistan should be seen.
He said that Imran Khan never said war or enmity against the country. Imran Khan did not call America an enemy. Elham Omar is one of the few Muslims who was elected to the US Congress.
The anti-Muslim attitude has been adopted. Whether it is India, Kashmir, or the West, they have raised their voices against Islamic phobia. Told Imran Khan that he was impressed to see you so they met Imran Khan.
Imran Khan is a fearless leader. The nation has decided to live as an independent nation