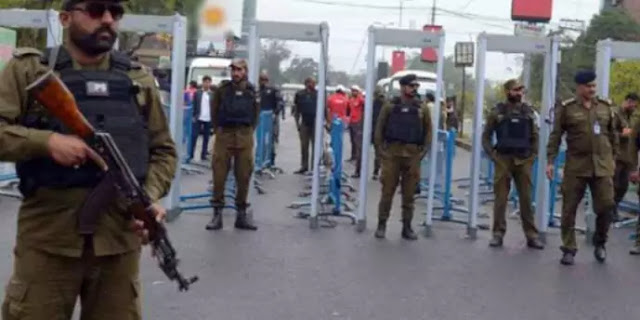 Lahore – In view of the threat of terrorism in the anti-government march of the opposition, the Punjab Police issued a security alert, political leaders were also informed of the intentions of terrorists.
According to media reports, a letter has been issued by the Punjab Police to ensure security arrangements throughout the province, stating that terrorists from banned organizations could target political figures or their programs during the march.
Drone cameras should not be used and any suspicious person should be prevented from participating in the march. The police assured in the letter that the officials would try their best to provide full security along the route of the march. Pay close attention.
It may be recalled that PML-N has announced a Macau Inflation March from Lahore to Islamabad against the government due to rising inflation in the country, which will be led by PML-N Vice President Maryam Nawaz and Hamza Shahbaz. The party leadership has finalized the arrangements for the long march and also sought funds from the assembly members.
Besides, PML-N has also finalized the schedule of the long march, under which the caravan led by Hamza Shahbaz and Maryam Nawaz will leave Lahore on March 24. The caravan led by Hamza Shahbaz and Maryam Nawaz will stay in Gujranwala on March 24.
The caravan will reach Jhelum from Gujranwala on March 25 and will stay overnight in Jhelum. It was informed that the schedule was issued with the approval of party leader Nawaz Sharif and President Shahbaz Sharif.