Skip to content
HomeLatest News‘Taliban get legal status first’ the US refuses to release funds
Spread the love
The United States has rejected an appeal by the Taliban to release frozen Afghan assets, saying the new government in Kabul must first gain legal status. 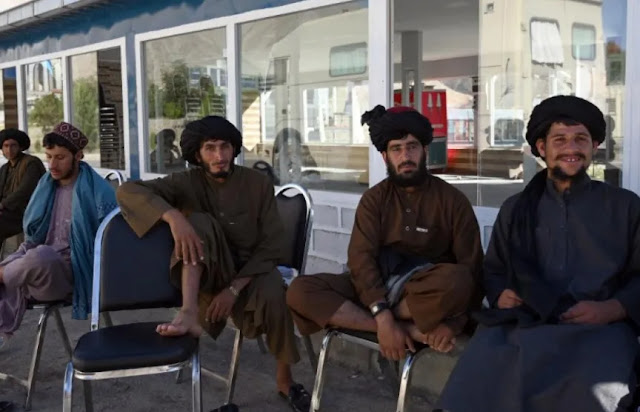 The United States on Friday rejected an appeal by the Taliban to release frozen Afghan assets, saying the new government in Kabul must first gain legitimacy.
The US special envoy to Afghanistan, Thomas West, said in a tweet that Washington had long made it clear that if the Taliban came to power through military force instead of negotiating with the former US-backed government. So important non-humanitarian aid will be stopped. West added: “And that’s what happened.
Legal status and support must come from the fight against terrorism, the establishment of a comprehensive government, and measures to respect the rights of minorities, women, and girls – including equal access to education and employment.

4/5 We will continue clear-eyed, candid diplomacy with the Taliban. Legitimacy & support must be earned by actions to address terrorism, establish an inclusive government, & respect the rights of minorities, women & girls – including equal access to education & employment.

In an open letter on Wednesday, the Taliban demanded that the US Congress release the assets frozen after taking control of the country in August.
Washington has frozen nearly 9.5 billion in Afghan central bank assets and the aid-dependent economy has collapsed because government employees have not been paid for months and the Treasury is unable to pay imports.
Taliban Foreign Minister Amir Khan Muttaqi said in the letter that the greatest test confronting Afghanistan was monetary uncertainty. He warned that the economic downturn inside the country could lead to problems for the world
Thomas West says Afghanistan was already suffering from severe economic and humanitarian problems due to years of war, drought, and the Karuna epidemic before the Taliban took control of the country.
The United States will continue to provide humanitarian assistance to the Afghan people, and 474 million has already been provided this year he said. He said Washington was also doing everything possible to help the Afghan people this winter with the United Nations and human rights activists.
We will continue to have clear, transparent diplomacy with the Taliban,” he added