Skip to content
HomeInternational NewsSudan: Protests against the military coup shelling of protesters near the presidential palace
Spread the love 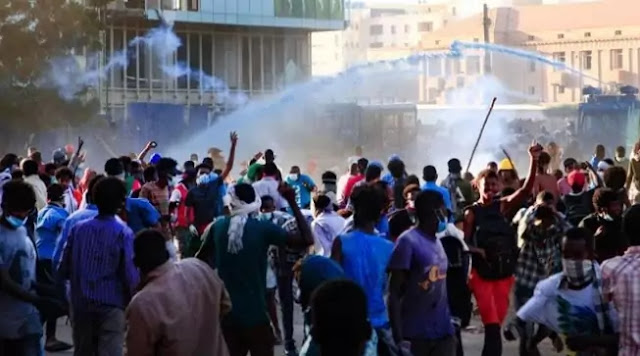 Protests erupt in Khartoum, Sudan’s capital.
It should be noted that protests and demonstrations are continuing in Sudan against the military’s ouster of the civilian prime minister on October 25.
According to the news agency from Khartoum, the protesters reached near the presidential palace, after which the Sudanese security forces fired tear gas to stop the protesters.
The news agency added that protests against the military coup were also held in other cities besides Khartoum