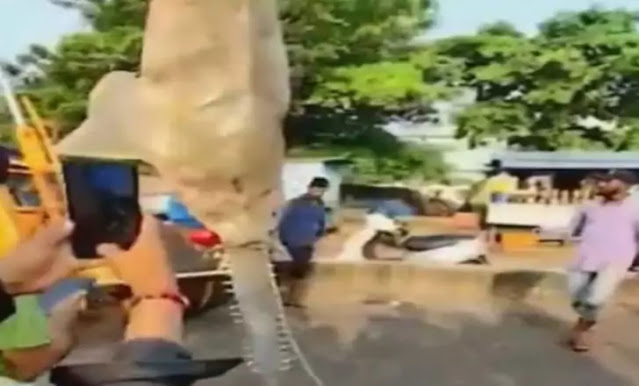 Bangalore – A rare carpenter fish was caught in a fisherman’s net in the Indian state of Karnataka, which caused a rush of onlookers.
According to Indian TV channel News 18, a fish with a saw caught in a fisherman’s net in the sea of ​​Karnataka, which he brought to the shore, causing a rush of onlookers. The fish is very rare and its hunting is banned but the fisherman still sold the 250 kg fish at auction. After the videos and photos of the fish went viral on social media, the authorities took notice of the incident and launched an investigation. Have started