Skip to content
HomeLatest NewsState institutions are pressuring smaller parties to attend the joint meeting
Spread the love
We are getting the whole report, what is the need to do everything before November 19? Respect the institutions, they should think for themselves, then you have the right to complain or complain. News Conference of President PDM, Head JUI-F Maulana Fazlur Rehman 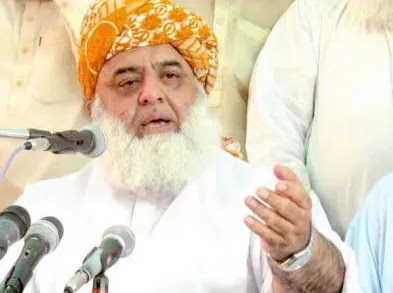 Quetta – PDM President and Chief JUI-F Maulana Fazlur Rehman has said that state institutions are putting pressure on small parties to attend the joint meeting, we are getting the whole report. Respect the institutions, what is the need to do everything before November 19? Institutions should think for themselves, then we have the right to complain or complain.
Addressing a press conference in Quetta, he said that we want to inform the nation that illegitimate rulers and the product of rigging, the government is already preparing its fake parliament for the next elections for such legislation that they can easily rig the next elections. But the opposition is fighting fiercely, and defeating the legislature in the assembly session, while the joint session was also adjourned.
There are rumors that the coalition of the government is forcing the small parties by pressuring the state institutions, twisting their necks, putting boots on their necks, and forcing them to go to the meeting. We have all the reports, we the institutions. Respect, when institutions say on a very large level we are neutral, we also trust, but today again their impartiality is being undermined, what is the need? What is the need to do all this before 19th November?
This makes the whole issue suspicious that maybe everything is happening on the basis of commitment with the political institutions or any of their personalities, the institutions themselves should think that we have to be neutral, we also want to see them non-controversial and neutral.
If there is undue interference in politics, then it is our right to complain or complain. We have decided that we will still take the constitutional and legal path. Shahid Khaqan Abbasi has been given the responsibility to take legal action against the legal committee of PDM on EVM. We are holding protests to take the people into confidence. PDM believes that there should be law and order in the country. Law and order will come only when the rights of citizens and provinces are protected