Skip to content
Home Latest News Snowfall in Murree how many tourist vehicles are there now? 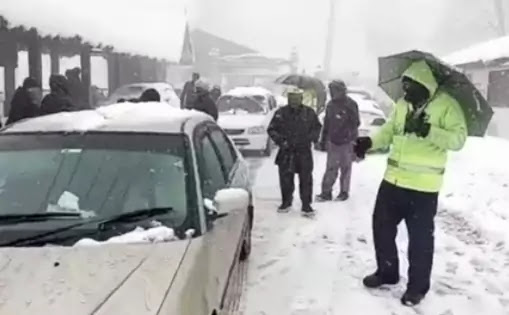 ISLAMABAD – Chief Traffic Officer Rawalpindi has said that 368 vehicles have entered Murree and 142 have departed since this morning while there are 1,355 tourist vehicles so far. Only 8,000 vehicles are allowed to enter the city. Sightseers will be banned from entering Murree from 5 pm to 5 am. He said that traffic officials are deployed with machinery to clear the snow.
Abbottabad, Ayubia, Donga Gali, Thandiani, Nathia Gali have received up to one foot of snow. Hundreds of vehicles and passengers have been waiting for hours for the road to be reopened due to heavy snowfall in Hana Arak. PDMA rescue teams have reached Hana Arak. The roads leading to this site are being cleared while both the routes of Hanna-e-Arak Lake have been cleared.