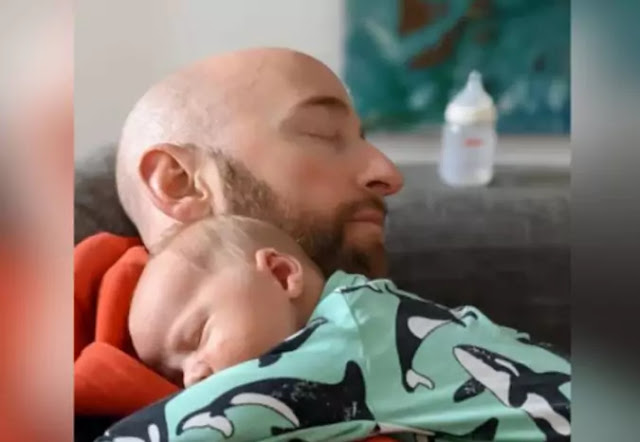 Canberra (Monitoring Desk) – A single gay man in Australia has set a new record by giving birth to a child with the help of a surrogate (surrogate mother). According to Mail Online, Shaun Reznik, 44, is currently the only single gay man in Australia to have a father.
He had been trying to become a father for a long time but he was not getting any surrogates. Then, through a friend, he met Carla Penicombe, a girl who was pregnant at the time and whose unborn child belonged to a gay couple.
Shawn has been in constant contact with Carla ever since, and the two became friends. Carla promises to be a surrogate for her baby.
After giving birth to the first gay couple Carla, Carla placed the embryo in Shawn’s sperm in a laboratory-made womb, and on March 22 she gave birth to a healthy baby, named Shawn Eli. Michael has kept it.
After falling in love with a child, Shawn says, “Love for children is a unique experience, the first time in my life. I’ve always wanted to be a father but being gay I didn’t know how to do that. I thank Carla for helping me with this