Skip to content
HomeLatest NewsSindh government has become a facilitator between dacoits and police: Khalid Maqbool Siddiqui
Spread the love 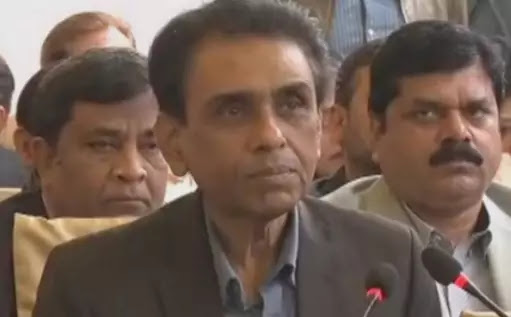 Karachi – Muttahida Qaumi Movement Pakistan (MQM) Convener Khalid Maqbool Siddiqui has said that our activist Khalil-ur-Rehman was brutally killed in Tando Allahyar. But night raids were carried out, the Sindh government has become a facilitator between the dacoits and the police.
Addressing a press conference on Bahadurabad in Karachi, Khalid Maqbool Siddiqui said that the Prime Minister should tell us what to do, then we will make our own decision. Mothers and daughters were beaten with sticks in Tando Allahyar. A refugee was killed in court. He said that Sindhi nationalists, PPP, and police have met, Sindh police is the militant wing of PPP.