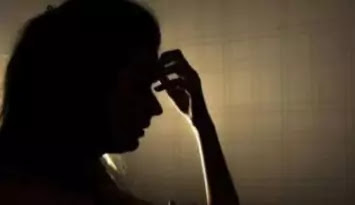 Faisalabad – Significant progress has been made in Faisalabad in the matter of undressing and violence against women. According to details, Faisalabad City Police Officer Dr. Abid Khan said that new footage of the incident has also been included in the investigation. Reasons for women to undress will also be investigated.
It is to be noted that in the video that went viral on social media regarding this incident, it was seen that women enter the shop and pick up something from there, however, a person inside the shop tries to stop the woman and When he doesn’t stop, he follows them out of the shop. Later, the man is trying to close the shop but the women resist and walk out of the shop.
CCTV footage showed the women undressing while the other two tried to flee but were caught by the mob. The video also showed one of the women in the shop. Is crying It may be recalled that two days ago, angry people tortured women picking paper in Millat Town area of ​​Faisalabad and also made videos by stripping them naked.
According to a police spokesperson, the victim’s application to the police stated that she had gone to the Millat Town area to pick up the paper, where the women entered an electric store for drinking water. Saddam, the owner of an electric store, and three other employees arrested him on charges of theft and torturing him.
During this time more people came there and during the violence, they were taken outside the shop to the bazaar where they were tortured. The accused also made videos by stripping the women naked. Three accused, including the owner of an electric store, were taken into custody.
A case has also been registered against four nominees and eight unidentified persons on the orders of CPO Faisalabad for detaining and torturing women. According to sources, the number of accused arrested in this incident has reached five so far