Skip to content
Home Latest News School janitor allegedly abuses matric student
When the daughter was taken to school the janitor told her that she had gone home. When she reached home she was not at home. 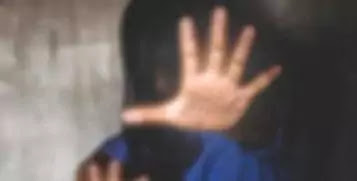 Lahore – School watchman’s alleged abuse of a matriculation student. The incident took place at a government school in Khanewal where a ninth-class girl was raped.
According to details, a disturbing incident has been reported in a government school in Khanewal in which a ninth-class girl has been allegedly abused by the school janitor.
According to ARY, the father of the victim said that when he went to pick up his daughter from school, the janitor told him that his daughter had gone home. She got up and kept looking for him.
The victim’s father said that when he went back to school looking for his daughter, he saw that the school janitor was abusing the girl.
The watchman saw me and ran away he said. According to media reports, the father of the victim said that he had lodged a complaint with the madam of the school on which the madam asked him to suppress the matter.
Madam said that the matter should be suppressed here otherwise it would be a great disgrace. Citing police sources, the report said that DPO Khanewal has taken immediate action on the incident in which a case has been registered against the accused and he has been arrested. It has been reported that the victim has been sent to Tehsil Headquarters Hospital for medical examination