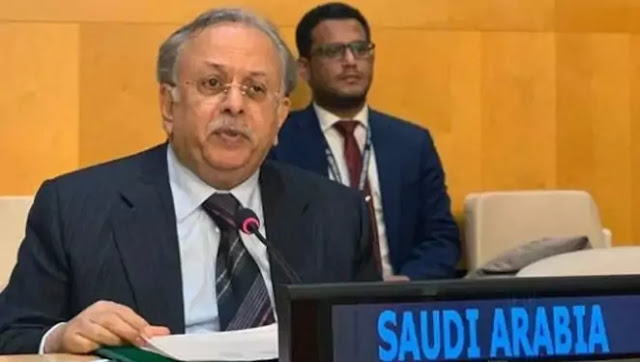 Saudi Arabia has expressed reservations about sexual orientation and gender identity in the UN draft on democracy.
Saudi Arabia’s ambassador to the United Nations has expressed concern over objectionable terms in the draft democracy.
Saudi ambassador Abdullah al-Moallem said such terms were against Arab-Muslim identity and the laws of many member states.
Following Abdul Moallem’s concerns, the statement of Saudi Grand Mufti Abdul Aziz Sheikh has also come to light, in which he strongly condemned the homosexual ideology.
The Grand Mufti of Saudi Arabia has said that homosexuality is one of the most heinous crimes and it is a disgrace for homosexuals both in this world and in the hereafter.
He further added that human rights are first and foremost in the law of Allah, human rights are not the name of perverted desires which sow the seeds of corruption on earth.
Read more: Maulana Fazlur Rehman got his share