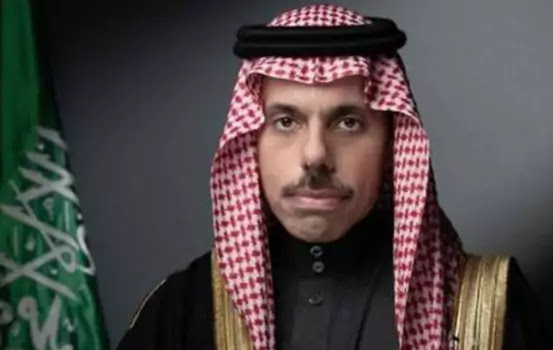 ISLAMABAD – Saudi Foreign Minister Prince Faisal bin Farhan and Kuwaiti Foreign Minister Sheikh Dr. Ahmed Nasser Al-Muhammad Al-Sabah arrived in Islamabad along with their delegations to attend the OIC Foreign Ministers’ Meeting.
According to a private TV channel, Saudi Foreign Minister Prince Faisal bin Farhan Al Saud arrived in Islamabad with an 18-member delegation to attend the summit. Saudi Ambassador Nawaf Saeed Al-Maliki and senior officials of the Saudi Embassy and Foreign Office were also present on the occasion.
The delegation was received at Islamabad International Airport by Federal Minister for Science and Technology Senator Shibli Faraz and Special Assistant to the Prime Minister for Interfaith Harmony and Middle East Affairs Allama Tahir Mahmood Ashrafi.
Speaking on the occasion, the Kuwaiti Foreign Minister said that Afghanistan is a brotherly Islamic country that is currently in a difficult crisis, the Organization of Islamic Cooperation will raise its voice to help Afghanistan and take steps to help them in this difficult time. Afghanistan is a neighbor of Pakistan and the assistance provided by Pakistan to its Afghan brothers is commendable.
At the event, Federal Minister for Science and Technology, Senator Shibli Faraz said that it was an honor for Pakistan to have an unprecedented gathering of the OIC Council of Foreign Ministers and this meeting was convened for the brotherly Islamic country, Pakistan and Afghanistan. We will continue to support
Special Assistant to Prime Minister Hafiz Tahir Mahmood Ashrafi said that the extraordinary meeting of OIC Foreign Ministers is a manifestation of unity and solidarity of the Muslim world. In his keynote address, Prime Minister Imran Khan will deliver an important message for the peace and development of Afghanistan.