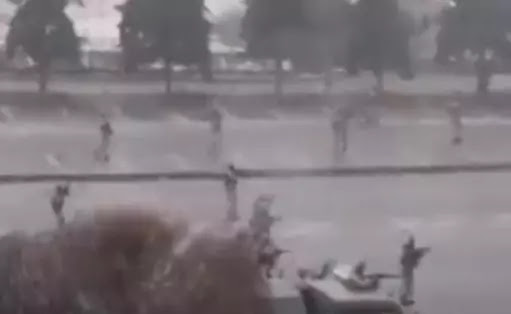 Noor Sultan – The Russian army was called in after the ongoing unrest in Kazakhstan, the world’s largest Muslim country by area.
Protests against the price of petroleum products in Kazakhstan began over the weekend, with the prime minister and cabinet fired, but protesters are now demanding the president’s resignation. Protests over the past several days have now turned violent, with at least 30 people killed and hundreds injured, including law enforcement officials.
According to Al Jazeera TV, 60 people were injured during the protests and are being held in the intensive care unit. So far, 18 security personnel have been killed and 768 injured during the protests. The government has so far detained 2,298 people in connection with the protests
The protests are taking place in Almaty, Kazakhstan’s largest city, and the president has called in Russian troops to quell them. Kazakhstan is one of the countries that gained independence after the collapse of the Soviet Union in the 1990s.
Kazakhstan has requested the assistance of Russian troops under the Collective Security Treaty Organization (CSTO), whose member countries include Russia, Belarus, Tajikistan, Kyrgyzstan, and Armenia. The troops will carry out their duties and support Kazakhstan’s security forces