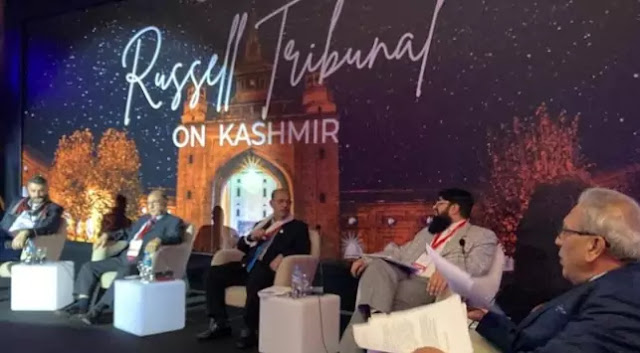 The Russell Tribunal on Kashmir is underway in Sarajevo, Bosnia, and Herzegovina.

In this tribunal, the genocide of Kashmiris in Indian-occupied Jammu and Kashmir, crimes against humanity by Indian forces, serious human rights violations in Occupied Kashmir, and serious threats to the nuclear issue if the dispute is not resolved. Will be highlighted.

Leading figures from around the world are participating in this public tribunal as judges who will hear the three-day proceedings and compile their reports.

The report will later be presented to human rights organizations around the world, including various UN agencies.

The tribunal was organized by Kashmir Swatas, a Canadian NGO, in collaboration with the Russell Foundation London, the Permanent Public Tribunal of Bologna Italy, the International University of Sarajevo, and the Center for Advanced Studies.

Ali Raza Syed, chairman of the Kashmir Council EU from Belgium, is also attending the tribunal