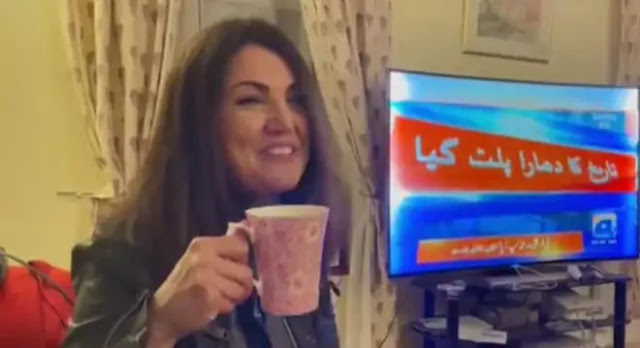 Reham Khan, the ex-wife of Prime Minister Imran Khan, mocked the defeat of Pakistan Tehreek-e-Insaf (PTI) in the local body elections.
Reham Khan satirized the defeat of the ruling party in the Khyber Pakhtunkhwa local body elections.
Reham Khan has shared a video on social networking site in which he is holding a cup of tea. In Reham Khan’s video, there is a breaking sentence on Pakistan’s victory in the T20 World Cup on the front TV.
There is a headline on TV that Pakistan has overtaken India and the tide of history has turned