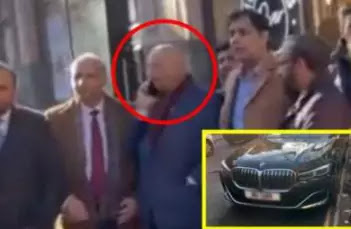 According to media reports, the Punjab Governor’s car was parked on the double yellow line and he was fined. The traffic police affixed the penalty ticket on the front screen of the vehicle.
According to British traffic rules, a car cannot be parked on a double yellow line. It is to be noted that Punjab Governor Chaudhry Sarwar has been in the UK for the last several days where besides
important meetings he is also addressing the Pakistani community.
During his visit, he spoke of putting himself in line with the Pakistan Tehreek-e-Insaf (PTI). He also announced to contest elections in Pakistan from the United Kingdom