Skip to content
HomeLatest NewsPunjab Action against schools that do not provide compulsory teaching of Qur’an
Spread the love
The supervising teams of the Punjab School Education Department are carrying out these operations on the orders of Lahore High Court. 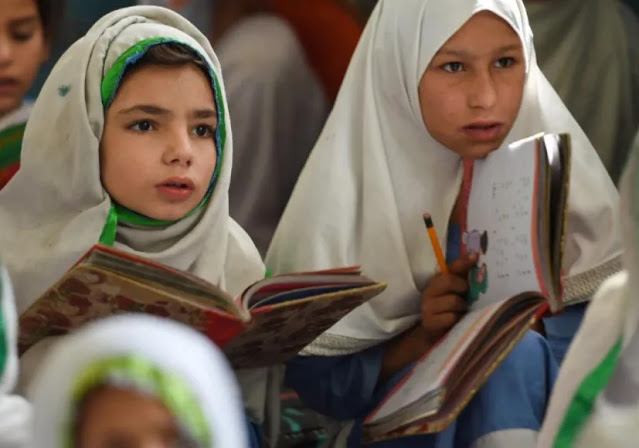 The Punjab government has initiated action against public and private schools for not ensuring compulsory Quranic education.
The monitoring teams of the Punjab School Education Department are carrying out these operations following the orders of the Lahore High Court. The Lahore High Court (LHC) has appointed Sessions Judges as custodians to implement the government’s order on compulsory Qur’anic subjects.
The court directed the session judges of Punjab to monitor the implementation of the court order in their districts. A division bench headed by Justice Shahid Waheed on Friday issued an interim written order after hearing the petition of a citizen named Al-Hamish Saeed.
During the hearing, the court had expressed dissatisfaction over the report of the implementation of the court order of the Secretary School Education. The High Court had directed the District Sessions Judges to monitor the implementation of the government’s decision and directed the teams of the education department to submit a report on the action taken against the schools which did not teach Quran from November 15.
According to the announcement of the Punjab Curriculum and Textbook Board (PCTB), in the first phase, Quran recitation will be taught in schools from first to fifth grade, while steps are being taken to teach Qur’an with translation from sixth grade to twelfth grade. Are
The PCTB has urged all schools across the province to teach Nazra-e-Quran from the current academic year 22-2021 but these orders have not been implemented in most of the schools yet.
Omar Khayyam, the spokesman for the Punjab Education Department, told The Independent Urdu that all the district authorities of the province have been instructed to send reports on a daily basis regarding the teaching of the Qur’an in schools. Monitoring teams have been asked to visit schools daily and compile records of violators, he said.
According to Omar Khayyam, the school education department is preparing a detailed report in the light of which legal action will be taken against the schools. However, district authorities are also taking action against the schools on their own
On the other hand, Kashif Mirza, president of the All Pakistan Private Schools Federation, welcomed the decision to make Quran education compulsory in schools. He said that a strategy needs to be formulated to implement the government’s decision as most of the schools do not yet have Arabic teachers and only those who teach Islamic studies are being taught the Qur’an.
There are 51,000 government schools in Punjab and more than 100,000 private schools. They will have to appoint separate teachers for teaching Qur’an so that children can be fully informed about Quranic teachings. According to Mian Farman Ali, a resident of Lahore, they have three children who come to the house separately to be taught the Quran.
He believes that if the Qur’an is taught in schools in a better way, children will not need to be taught the Qur’an separately at home.