PTI announces meeting on March 27 at Parade Ground instead of D-Chowk - 10bmnews Skip to content
Due to the opposition, a new craze has arisen among the workers. This rally will be the biggest rally in the history of Pakistan. PTI Senator Faisal Javed and Ali Nawaz Awan talk to the media 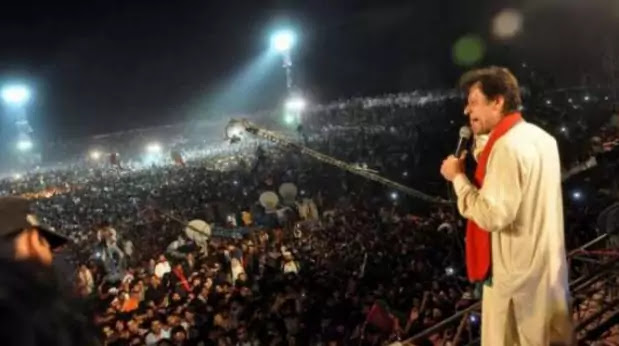 ISLAMABAD – Pakistan Tehreek-e-Insaf (PTI) has announced to hold a rally at Parade Ground instead of D-Chowk on March 27, said Senator Faisal Javed. The rally will be the largest in the history of Pakistan, the space of D-Chowk will be reduced anyway.
Talking to the media along with party leader Ali Nawaz Awan, he said that D-Chowk would be a small place for our rally anyway.
The biggest rally will be Inshallah – the whole nation has confidence in Prime Minister Imran Khan – the defeat of the opposition is certain. He said that PTI has changed the venue of the March 27 meeting.
The whole nation is standing with Prime Minister Imran Khan, now the nation is going to be a true nation, PTI will have the biggest meeting in history at D-Chowk. Ali Nawaz Awan said that the future of Pakistan is to be decided on March 27. On March 27, the people will have confidence in the Prime Minister.
Opposition is not against inflation or poverty, they have come out to save their wealth, because of the opposition, the workers are obsessed. It is a pity that the opposition did not convene a meeting till today.
If there is no meeting today, it will be held on March 25. Tell me, India may not have launched as many campaigns against the OIC as the present opposition.
Maulana Fazlur Rehman, tell me, you voted in the name of Islam, but what about Islam? Imran Khan has launched a campaign on Islamophobia in the world and is moving forward for an Islamic welfare state.
What have the Maulvis done except sell religion? What have these clerics done other than sell religion for votes? The OIC conference is scheduled to take place a year ago.
All the efforts of the opposition are to harm the interests of Pakistan. Imran Khan stands firm. On one side and the stolen capital and traders on the other. On this occasion, Adviser Parliamentary Affairs Babar Awan said that the 25th session was being called as a violation of the Constitution.
The Speaker has convened a meeting of the Assembly under the Constitution. 63A is a separate article in which it is written about the disability of three and five years.