Prime Minister’s visit to China is likely to be a historic development - 10bmnews Skip to content
Media from all over the world including China are giving importance to this visit. The main guests are Russian President Putin and Imran Khan. Senior journalist Haroon Al-Rasheed claims. 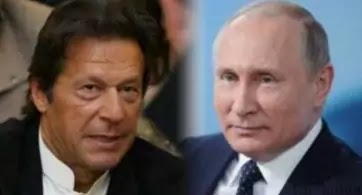 Lahore – Senior analyst Haroon Al-Rasheed says that the visit of Prime Minister Imran Khan to China can be a historic development, the media around the world is giving importance to it, there is a lot of shouting in India. According to the report of 92 News, he said that this visit is also being given importance in China, it is being said that the main guests there are Russian President Putin and Imran Khan.
It is possible that they met on the sidelines. Russia wants better relations with Pakistan after India has gone with the United States. It is also certain that the Russian President will visit Pakistan.
Inauguration of gas pipeline. Russia has a lot of interests in Pakistan, they want to use Pakistan’s influence in Afghanistan. The Indian channel even said that a new alliance could be formed.
Pakistan, China, Russia, and other countries may also join. It is believed that Prime Minister Imran Khan will pay a three-day visit to China. Prime Minister Imran Khan, while appreciating the efforts of the Chinese people in hosting the Beijing Winter Olympic Games 2022, said that despite the rapid spread of Code 19, it is not easy to host the Winter Olympics, only China can do that. K will benefit from the experience of winter sports, Pakistan can help build a great cricket team of China with its own experience of cricket.
He will visit China on the sidelines of the Beijing Winter Olympic Games and attend the opening ceremony. Are waiting