Skip to content
HomeLatest NewsPrime Minister listened to the only mafia in three and a half years the country can not develop without getting rid of the interest system: Siraj-ul-Haq 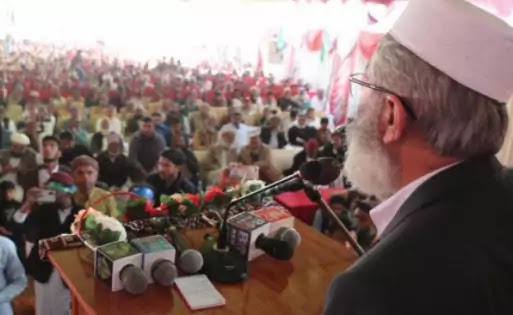 Shahdadpur – Ameer of Jamaat-e-Islami Siraj-ul-Haq has said that the Prime Minister has been listening to the mafia for three and a half years and entertaining the nation with announcements.
Yes, Pakistan Tehreek-e-Insaf (PTI) government has not been able to fulfill any of its three promises so far. No matter what the system, incompetent and incompetent people cannot run the country.
It is necessary that despite the claims, promises, and announcements made in the recent past, the problems of health, education, and employment have increased.
It is time to unite and fight against unemployment, inflation, ignorance, corruption, and exploitative system. The country cannot develop without salvation. The rulers have come under pressure from the IMF to pass 36 laws in one hour, reminiscent of the East India Company.
The solution is in the implementation of the Islamic system and Nizam-e-Mustafa. He was an ideological and ideal person in every respect. To live in the footsteps of Shaheed Azeem Baloch, we must pledge in this gathering that we will sacrifice the rest of our lives in the name of Islam. Have to give
Addressing the Friends of Sindh Convention in memory of former Provincial Deputy Amir Muhammad Azeem Baloch Shaheed in Shahdadpur, Amir Jamaat said that 74 years have passed but Islam has not been implemented here even for one hour. At the mercy of financial institutions, Pakistan is indebted to Kahir Bacha for Rs.
A poor man is also punished for uncommitted sins but the Prime Minister considers his presence in the Supreme Court as a sin. There is a separate law for the rich and the poor. This proves that there are not one but two Pakistanis. Jamaat-e-Islami is fighting for the change of the system, not of the individual. Let the people support Jamaat-e-Islami to solve the problems
He said that Azeem Bhai did the work of da’wah from Karachi to Kashmore, Sindh. His death has also given strength and direction to the movement. Fighting for the last drop of breath and for the last moment of breath is the message of the martyrdom of the great Baloch. Hamza Mohammad Siddiqui, Nazim-e-Ala of Jamiat-e-Islami students, said that he used to unite people in his life.
The message of Azeem Baloch is that we will connect our whole life with this movement and will continue our struggle for the establishment of religion till the last drop of blood. Pakistan was built in the name of Islam and we will make it a stronghold of Islam