Skip to content
HomeLatest NewsPrime Minister Imran Khan’s government in danger
Spread the love
Only three to four percent of Imran Khan’s cabinet members are with him, the rest are in touch with opposition parties. Senior journalist Dr. Shahid Masood claims. 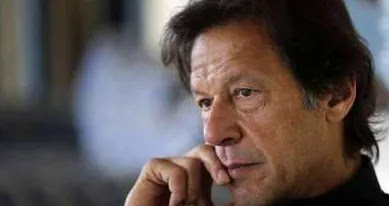 Lahore – Talking on the program of private TV channel GNN, senior journalist Dr. Shahid Masood said that what should be done with the Federal Minister of Education Shafqat Mahmood, he does not see that China. Children from here are sitting here. How to talk to Shafqat Mahmood. If a man’s brain can be bad then it can be cured.
The children have rolled over, but as long as it doesn’t crawl on their ears, the students have no idea. Those whose brains are worse are just hit by a tweet. Dr. Shahid Masood further said that Imran Khan’s government is in danger. Only three to four percent of the people in the Prime Minister’s Cabinet are with Imran Khan.
All other government leaders are in touch with the opposition parties. Yesterday Shahbaz Sharif had a great meal. Meetings are also being held between him and Maulana Fazlur Rehman. Bilawal Bhutto is also having high-level meetings. Imran Khan Leaving their place and not doing so for a long time now

Earlier, he said that PDM was planning a long march towards Islamabad and it would take place in the coming days.
He said that Prime Minister Imran Khan should pay attention to the meeting which is taking place on the 11th. The PDM in which Maulana Fazlur Rehman and Shahbaz Sharif are meeting, are they planning a long march? Are they serious? According to my information, the PDM is planning a long march towards Islamabad in the month of November, which will result in a major blow to the government he said.
He said that Imran Khan and Tahir-ul-Qadri’s Jiang march and sit-in was something that was not there today. At that time Nawaz Sharif’s government was saved by one thing and that was Parliament. Nawaz Sharif immediately convened a joint sitting of Parliament. Nawaz Sharif did not go to parliament but his ministers and advisers had an idea of ​​the parliament on which the meeting was called. There were very strong speeches in these meetings. See also what Dr. Shahid Masood had to say