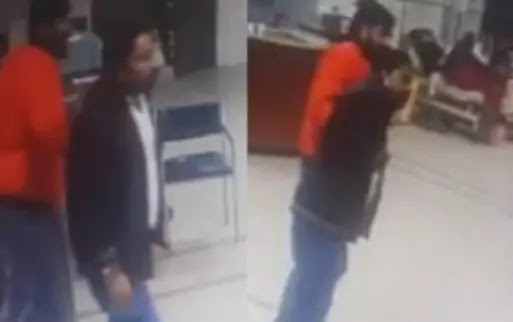 Lahore – Significant progress has been made in the case of the death of a patient due to alleged negligence of doctors in Services Hospital. A preliminary report has been prepared regarding the death of the patient in which the doctors have been found guilty.
According to private TV, the report recommended action against four doctors of the hospital, Dr. Salman Haseeb, Dr. Imran Bhatti, Dr. Mahmood Al Hassan, and Dr. Salman Sarwar under the PED Act.
MS Services Hospital Dr. Ehtesham The Secretary referred to Specialized Health. The report also states that the patient arrived at the hospital on his feet at 5:52 a.m. Receipt death was written on the patient’s death certificate at 6:43 p.m. Kardi MS Service Hospital says doctors are responsible for the patient’s death
It may be recalled that a patient who came to Lahore Services Hospital on his own was declared dead. Hamid, 30, was waiting for doctors in the emergency ward for one hour. To conceal his carelessness, he composed on the demise endorsement that Hamid was brought to the medical clinic in a dead condition.
Hamid was rushed to the hospital where he was being treated in a medical emergency while the doctors were negligent in treating him. Was taken