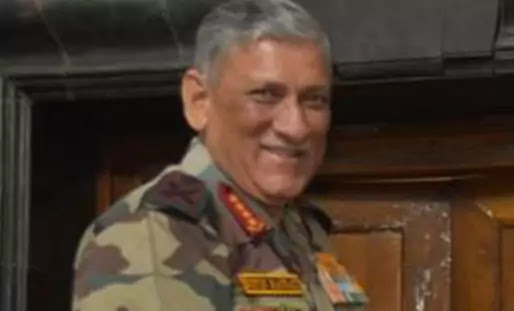 New Delhi (Monitoring Desk) – A preliminary investigation report into the crash of Indian Chief of Defense Staff General Bipin Rawat’s helicopter has come to light, stating that an unexpected change in the weather caused the crash. The report said that due to the sudden change of weather, the helicopter went into the clouds and was not under the control of the pilot.
Earlier, it was said that the helicopter may have crashed due to some technical glitch or negligence of the pilot, however, the preliminary investigation report has refuted these assumptions. The helicopter crash in the Indian state of Tamil Nadu last month killed 14 people, including General Bipin Rawat and his wife.