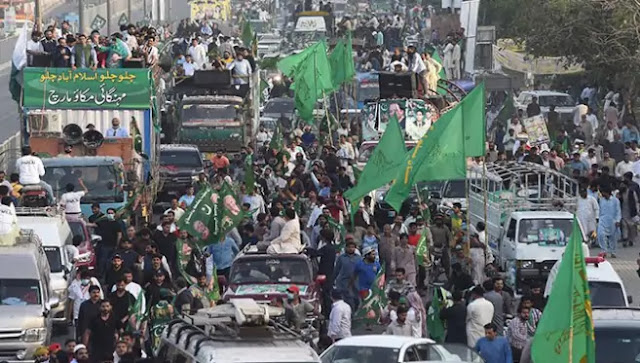 Inflation against the government led by PML-N Vice President Maryam Nawaz and Hamza Shahbaz reached Gujranwala from Macau Lahore.
Maryam Nawaz in her address to the workers said that Nawaz Sharif used to be a big bowler and took two dozen wickets.
He said that sitting in London, such beatings are no longer a place to hide, Nawaz Sharif will soon be in front of you.
He said that Imran Khan would be thrown out of Pakistan and not from Bani Gala.
Addressing the workers, Hamza Shahbaz said that Imran Niazi had given as many surprises as you should have given, now the nation will give you surprises.
It should be noted that due to a delay in the rally, the meeting of Gujranwala was postponed yesterday. The gathering will be held at 3 pm today. The march of PML-N will reach Islamabad on March 28 tomorrow.