PML-N will harm the opposition - 10bmnews Skip to content
From the current situation, it seems that the Prime Minister has lost the majority. If the no-confidence motion is passed, then Imran Khan will be lucky, the mountain of inflation and unemployment will fall on the incoming Prime Minister. 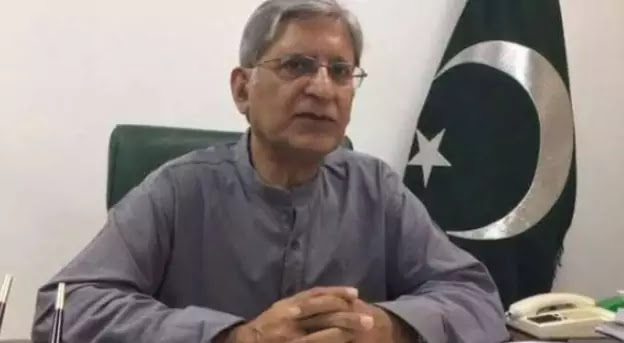 ISLAMABAD – Pakistan Peoples Party (PPP) leader and senior lawyer Aitzaz Ahsan has said that PML-N will harm the opposition.
Talking to the media, he said that Nawaz Sharif went to London and spent four years He said that there was no credible report of his treatment. He said that the current situation showed that the Prime Minister had lost his majority and the allies were feeling free.
Aitzaz Ahsan said that Sheikh Rashid said that there are five votes and blackmail, his words have hurt the allies. Aitzaz Ahsan said that Imran Khan has gone out for an election campaign.
Corruption is an important point, Imran Khan is trying to talk about corruption, people will forget about inflation. “If the no-confidence motion is passed, I think Imran Khan will be lucky he said.
The mountain of inflation and unemployment will fall on the next Prime Minister and the next government will not be selected. Aitzaz Ahsan also said that the vote belongs to the member of the party has a fine line between them Is. He said that whoever becomes the Prime Minister will face a mountain of inflation, unemployment, and difficulties.
He said that the people of PML-N have to give an account as to why you went to London, it was for the last 4 weeks and it has been 2 years now. Yes, empires are not neutral in the political game, Maulana Sahib’s empire neutral means empire is with us