Philadelphia: A fire in a residential building killed 13 people including children - 10bmnews Skip to content 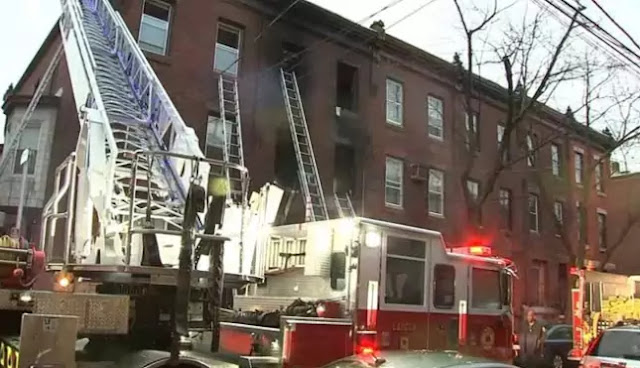 At least 13 people, including seven children, have been killed in a fire at a housing apartment in the US city of Philadelphia.
According to Philadelphia Deputy Fire Commissioner Craig Murphy, the fire detectors in the building were ineffective.
According to government officials and the fire department, a severe fire broke out on the second floor of a three-story duplex (building) early Wednesday morning, which took 50 minutes to contain.
While City Mayor Jim Kenney says this is the saddest day in the city’s history, the deaths of so many children are tragic.