Skip to content
HomeLatest NewsPermission for political activities not for spreading chaos PM
The Prime Minister expressed hope that the PPP is expected to be part of the cabinet. Because it is a coalition government, everyone has to be involved. 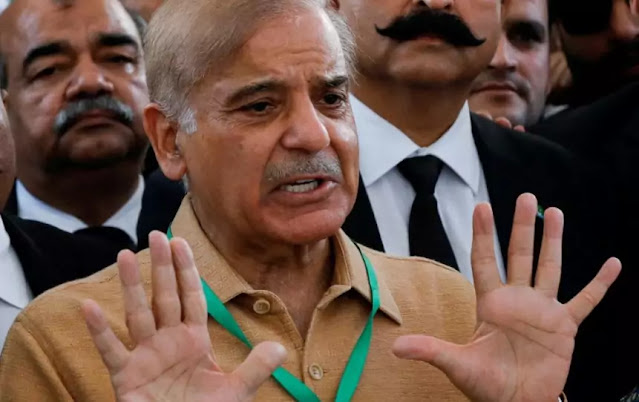 Pakistan’s Prime Minister Shahbaz Sharif has said in reference to the recent protests in the country that political activities are allowed to all but will not allow anarchy to spread.
Talking to reporters in Islamabad on Tuesday, the Prime Minister said, We will abide by the order of the Supreme Court against the violators of the Constitution. If the briefing on Kashmir Afghanistan was held in the parliament then why not at the letter gate
Shahbaz Sharif further said that the term of the parliament is one and a half years, how long his government should stay, the allies will decide together. PML-N is thinking of making reforms and going to the polls. Every decision will be made in consultation. Immigrants are our ambassadors. They have every right to vote.
The Prime Minister said that the biggest challenge at present is to overcome the devastating economy and inflation. Short and medium-term plans are being made to reduce inflation. The governor will also consult on the future of the SBP. The PTI has emptied its coffers.
He expressed hope that the PPP is expected to be part of the cabinet. Because it is a coalition government, everyone has to be involved. Referring to the League ministers, he said that he would finalize the portfolio of Nawaz Sharif.
Referring to the unhealthy nature of President Arif Ali on the day of his swearing-in, he said that if the health of the President was not good then may Allah give him health.
Going into the details of the decision of a holiday for government employees, he said that nations are not made by words, work will have to be done on Sunday also, two holidays are created by prosperous nations.
Regarding the stability and performance of the institutions, he said, We will not say anything to anyone. The institutions will do their job and those who campaign against the institutions will be caught by the law.
Talking about Pakistan’s foreign policy, he said that former Prime Minister Imran Khan had angered friendly countries, relations with countries that wanted to be friends had also deteriorated and advised Modi to resolve the Kashmir issue and make it sustainable. Walk towards peace.
Announcing the conversion of the Prime Minister’s House into Pakistan House, Shahbaz Sharif said that he would bring bureaucracy from all over Pakistan into the Prime Minister’s House. He said that he has made it clear to the bureaucracy that if he says anything other than merit, he should refuse it.
Talking about NAB, he said that the rifts of NAB Niazi Nexus are in front of everyone. If anyone misuses the country’s resources, they will take the path of law.
When Prime Minister Shahbaz Sharif was asked what was the message of Achkan to his detractors, he replied, Look, Allah has already put Achkan!
The Prime Minister said in a message on social media that he had ordered the implementation of various measures announced during his address on the floor of the National Assembly yesterday.
Our government will work day and night for the good of all

I have ordered the implementation of the various initiatives I announced yesterday during my address at the floor of the National Assembly. Our government will work for the well-being of all, day in and day out.