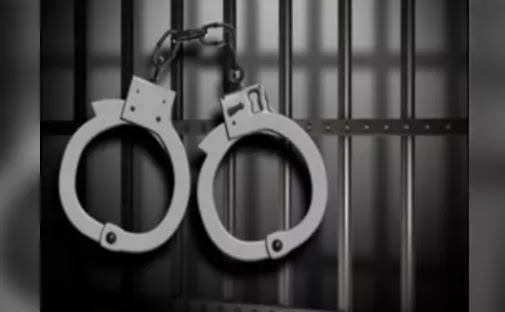 LONDON – A British court has convicted Gohar Khan, a 31-year-old British citizen of Pakistani descent, in an investigation into a plot to assassinate Ahmed Waqas Goraya, a self-proclaimed exiled blogger in the Netherlands. Is likely.
According to the British News Agency, the court delivered its verdict in Kingston Themes Crown Court two days after the completion of arguments of both the parties. Gohar Khan was to be indicted in the Criminal Court in the second week of March Is likely
Born in the UK and spent the early days of her life in the UK, Gohar moved to Lahore to attend school at the age of 13 and remained in Lahore as a boarding student at the Sharif Educational Complex.
Gohar Khan returned in 2007 without taking the final exam. He came to London because he had problems studying Urdu. The British citizen of Pakistani origin is the third of his 6 siblings and his parents had migrated from Pakistan to the UK in the 1970s Gohar Khan was born in London and he Grew up living in the Forest Gate area and married all ages, they have six children aged three to 11.
It may be recalled that during the trial, the prosecution had taken the position that a man had hired Gohar to conspire to assassinate Ahmed Waqas Goraya. The prosecution alleged that Gohar Khan had assassinated Ahmed Waqas Goraya last year. He traveled to Rotterdam under a conspiracy, spied on Ahmed Waqas Goraya’s house, and bought a knife to succeed in his mission.
The jury was told how Muzammil had allegedly approached Gohar Khan with an offer to pay 80,000 for the job in 2021, along with his 20,000 commission. It is dark at this point the way in which he will treat leaving the post.
Gohar Khan was questioned during the final trial but claimed that he never intended to kill anyone but wanted to get money from Muzammil because Muzammil owed him money. Reported that he had bought knives for cutting steak, fruit, and bread and traveled to the Netherlands to persuade Muzammil to pay more.