Skip to content
HomeLatest NewsPakistani actress Hamaima Malik who was going to Turkey for the award show suddenly fell ill. Immediate surgery how is her condition now
Spread the love 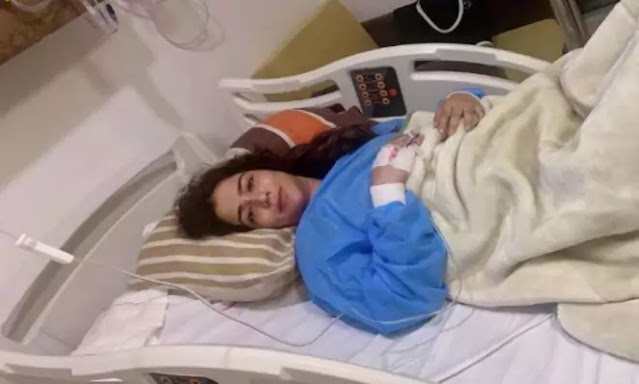 Istanbul – the Pakistani actress Hamaima Malik, who was on her way to Turkey to attend an awards show, had to be admitted to a hospital where her appendix was operated on. The condition of the actress is better now and she has appealed for prayers from the fans.
Hamaima Malik has shared her photos on Instagram in which she can be seen lying on a hospital bed. According to the actress, she suffered a sudden appendix pain in Istanbul, due to which she was taken to the hospital where she underwent surgery.

Hamaima Malik wrote in a post that she has seen death very closely, Allah has given her new life, man does not know what he thinks but the real king is Allah who can shake everything in a moment. The actress said that she is now in good health and appeals to her fans to continue praying for her.