Skip to content
Home Latest News Pakistan tops the list of countries with the highest security threats in 2022
Libya, Syria, and Afghanistan are the most dangerous, according to a map released by SOS International. 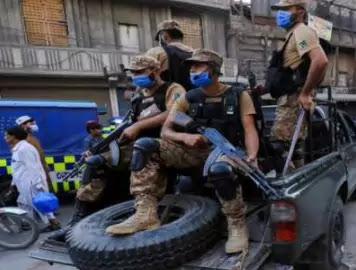 ISLAMABAD – The international organization “SOS International” has released a new map of the list of countries with the highest security threats in the year 2022.
In which security dangerous countries and peaceful countries have been identified. Libya, Syria, and Afghanistan are the most dangerous, according to a map released by SOS International, a leading international firm providing health and security services, according to the British Broadcasting Corporation.
The list includes countries in one of five categories: political violence, terrorism, insurgency, politically motivated unrest, war, social unrest, sectarianism, sectarian and ethnic violence, and violence. Has been based on the risks of crime.
The ranking of each country also takes into account the strength of its transport infrastructure, the state of industrial relations, the performance of security and emergency agencies, and the country’s sensitivity to natural disasters.
Only seven countries in sub-Europe, with Iceland, Denmark (and the autonomous region of Greenland), Norway, Finland, Switzerland, Slovenia, and Luxembourg, found the lowest risk status “insignificant” on the map. Are included in the “unimportant” category. Many European countries, as well as the
The United Kingdom, including the United States, Canada, and Australia, have been ranked among the “low-risk” countries that have been included in the “extreme” category of being the most dangerous for security. Most are located in Africa or the Middle East.
The “Extreme” Dangerous Category includes a total of 14 countries, including Afghanistan, Yemen, Syria, Libya, Mali, Somalia, South Sudan and the Central African Republic, and Mozambique, Nigeria, Republic of the Congo. These include Ukraine, Pakistan, Iraq, and Egypt.
According to International SOS, the regions are placed in a different category than the rest of the country where the risks are different from the country’s “overall threat environment”. The Code Travel Amect has also been analyzed and places with strict entry restrictions have been given higher scores.
In addition, ratings of medical hazards have been issued to make it easier to access treatment during an epidemic, including complications, infectious diseases, environmental factors linked to climate change, security risks, and relocation facilities for treatment. Statistics, quality of emergency medical services, in-and-out medical facilities, access to standard medicines, and cultural, language, or administrative barriers were considered.
Haiti’s capital, Port-au-Prince, has been downgraded from “dangerous” to “extremely dangerous”, indicating a rise in crime and gang activity. Excluded from the “low” risk category 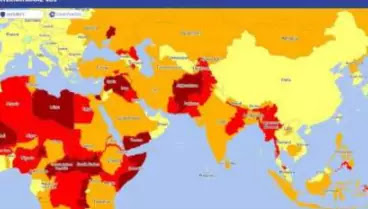