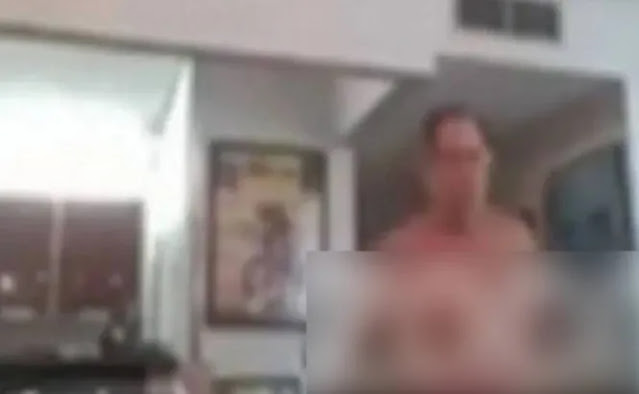 NEW YORK – An online meeting of officials from the Miami Beach Chamber of Commerce in the United States took place yesterday on the ‘Zoom’ application in view of the sanctions imposed due to the coronavirus, during which an embarrassing incident occurred.
But thousands of people watching the video were forced to put their hands over their eyes. According to the Daily Star, the meeting on Zoom was also being streamed live on Facebook and was watched by thousands of people.
Meanwhile, a person in the meeting, who is wearing a robe, suddenly gets up from his seat and takes off the robe, and starts walking around completely naked. Apparently, this person does not realize that his camera is working and thousands of people are watching him walking around the house in this embarrassing condition. Other people in the meeting try to make him feel, but maybe his speakers are off and he can’t hear them.
It should be noted that in the years since the coronavirus outbreak online meetings have become commonplace, there have been numerous embarrassing incidents of this nature. In recent days, there has been an online court hearing in the United States in which Attorney Rod Ponton appeared naked in front of the camera and was severely reprimanded by a judge named Ferguson.