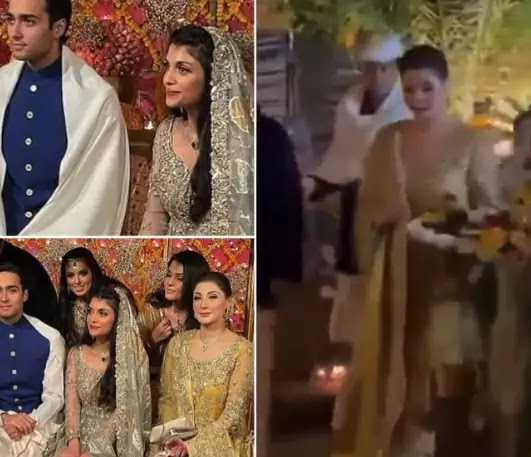 A few days ago, while responding to the critics on social media about the viral video of the song sung on the occasion of Maryam Nawaz’s son’s wedding, Captain R. Safdar said that our grandmothers and grandmothers would sing the lovely song of my Babylon king.
No one remembers that song while everyone remembers Maryam Nawaz’s song.
Talking to the media, when a journalist asked Captain (retd) Safdar that Maryam Nawaz Sharif sang in a very beautiful voice at her son’s wedding, her uncle Hamza Shahbaz also sang, what did you prepare for it? Is?
So on the question of the journalist, Captain (R) Safdar said that our grandmothers used to sing Desaan da Raja what happened when Maryam sang. In his speech, he said that a leader is a leader, a leader also sings songs, he also sings hymns, and he also dances to the tune of Tagni.