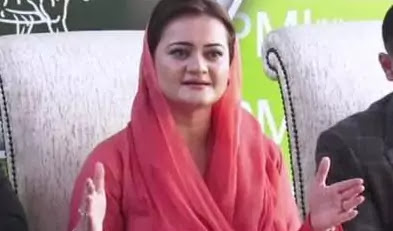 Lahore – The same speech for 15 years, if nothing else, change the cassette, 40 billion of Corona Relief Fund was eaten, 400 billion of sugar was eaten, medicine of the poor was eaten, electricity Gas consumed, League leader Maryam Aurangzeb’s government criticized.
According to details, PML-N spokesperson Maryam Aurangzeb while responding to Fawad Chaudhry’s statement said that people have been listening to the same speech for 15 years now. No, only the container is discussed.
Maryam Aurangzeb said that 40 billion of Corona Relief Fund was eaten, 400 billion of sugar was consumed, medicines of the poor were consumed, electricity and gas were consumed, the only container is discussed, people do not have gas for cooking bread. Is.
Maryam Aurangzeb said that people should eat money for electricity, gas and corona found and people should give speeches while Imran and Maryam Nawaz are suffering from fever.
On the other hand, Federal Minister for Information and Broadcasting Fawad Chaudhry has said that Imran Khan has votes all over Pakistan because there is no leader in the country except Imran Khan and everyone else is a dwarf.
According to details, while addressing a function at Pind Dadan Khan, he said that PML-N and PPP are scared of EVM because their electoral system is rigged and PML-N fights elections by giving greed to the people. Buying at 2,000 is to honor the vote? Politics is not just about
Maryam Nawaz and Captain (retd) Safdar, the purpose of video and leaks is blackmailing, videos come first then later it is found out that it is fake
The Sharif family should give receipts of properties in London, other than that they have no other option, Maryam Nawaz had said that London then I do not have any property in Pakistan, Pakistan is suffering today because of your deeds.