Skip to content
HomeLatest NewsNude videos were made, serious allegations of the accused facing the murder of her husband
Plaintiff Rizwan used to put his feet on my feet and smoke in front of the investigating officer. He was stripped naked and tortured in the police station. 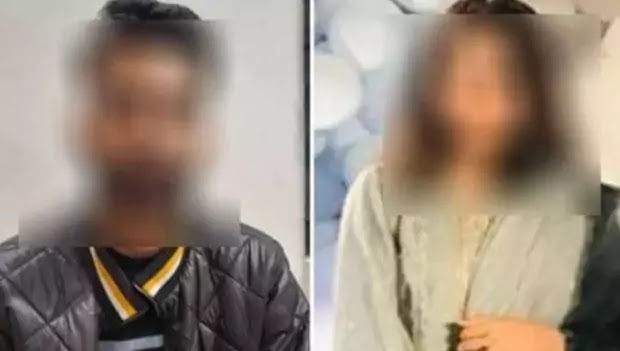 Karachi – Accused Erin Janat, who is facing charges of murder of her husband, has leveled serious allegations against the plaintiff. Before leaving, the accused recorded a video statement in which he leveled serious allegations against the plaintiff and the female SHO.
Accused Areen Janat said in the video statement that the plaintiff Rizwan used to come to the investigating officer at the police station and keep his feet on his feet and smoke cigarettes. I will forgive you, the accused added that she was blindfolded and tortured in front of the plaintiff at the Women’s Police Station.
According to Green Janat, two policemen took off their headscarves and blindfolded me, and took me to Rizwan. At the police station, they stripped me naked and tortured me. Nude videos were also made. Rizwan used to say that he would bring his wife too. She will also kill him, he was beaten at the request of Rizwan. Accused Areen Janat is accused of killing every husband by asking for poison from Salman who became friends with Instagram.
Additional IG Karachi Ghulam Nabi Memon said that he has seen the video and has appointed SSP as inquiry officer for the investigation. Killed his wife The crime rate could not be reduced. Simbal son of Asif Sakna was killed by her husband Omar with a pistol shot in the head.
The accused fled the scene after the murder, however, local police started the operation Raids are being carried out to arrest the accused. On the other hand, a young man committed suicide in Kahna due to domestic circumstances. Meanwhile, a security guard was injured while resisting a robbery in the Nishtar Colony area.