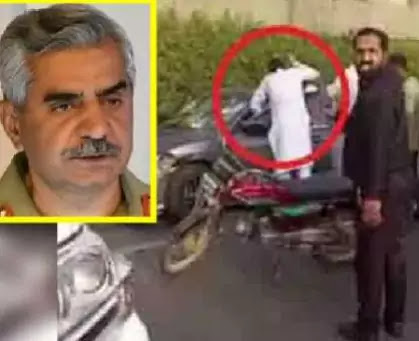 Lahore – Regarding the Lahore incident, the spokesman of the Pakistan Army said that no one’s bullying is tolerated, whoever is involved in the Lahore incident will be prosecuted according to law, will be punished according to law.
Yes, society needs to be taken out of violent attitudes. On the other hand, PML-N leaders Salman Rafique and Hafiz Noman were named and arrested in the incident of torture of a Pakistan Army officer in Lahore on Thursday evening.
According to ARY News, the tortured army officer also nominated N-League leaders in his application for registration of the case. The plaintiff wrote in the petition that Salman Rafiq and Hafiz Noman were tortured at the behest of Hafiz Noman and Salman Rafiq was in the accompanying vehicle.
Later, Salman Rafique and Hafiz Noman appeared at the police station where they were arrested. Earlier, police also arrested the guards of both the league leaders.
Acting CCPO Lahore DIG Investigation Shahzada Sultan told a press conference that a tragic incident took place near Karma Chowk last evening were the leaders of a political party K’s private guards tortured an employee of the intelligence agency.
Acting CCPO Shehzada Sultan said that the private guards tortured the officer of the intelligence agency for not giving way, the police registered a case and arrested the four accused involved, and seized the vehicle. The police officer said.
He further said that the merits of the accused were being investigated and the case would be taken to its logical conclusion. It ought to be noticed that the DG ISPR has likewise communicated lament over the torment of an official of the knowledge organization