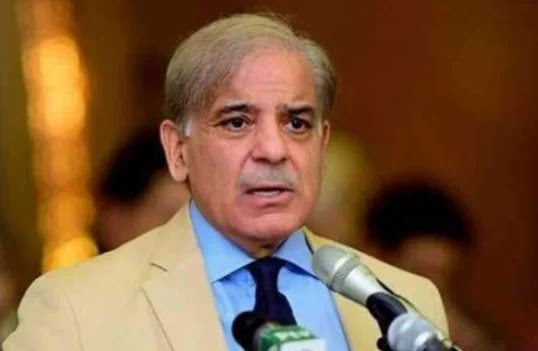 ISLAMABAD – Pakistan Muslim League-Nawaz (PML-N) President and Leader of the Opposition in the National Assembly Shahbaz Sharif has said that so far no member of our Assembly has received any phone call from anywhere.
Or then again up to this point, nobody had the option to send in the ideal arrangement, which isn’t weird. Shahbaz Sharif while talking to anchor Nadeem Malik in Samaa News said that PTI took revenge in the name of accountability.
He further said that there is a need for immediate and transparent elections, the nation will respect the mandate given in the election while the decision of the Prime Minister will be taken by Nawaz Sharif.
He said that there has always been a bridge between Islamabad and Rawalpindi. These relations have been for the benefit of the nation and not only for the benefit of Nawaz Sharif and me. Decide on the appointment or extension of a new Army Chief in the national interest.
Shahbaz Sharif also said that the national government should be formed for one term for the economy and foreign policy.  He dreamed that Pakistan would come into being and achieve a place in the world, moving forward in every sector.
Corruption and incompetence of the government have destroyed Pakistan’s economy, Imran Khan has corruption under his nose but how can he call himself honest? He said that I wish that after the election we should come together on three or four things.
As a national government should be formed for one term for poverty alleviation, economy, and foreign policy. PTI government took revenge in the name of accountability, false cases were made, NAB will break Niazi nexus.