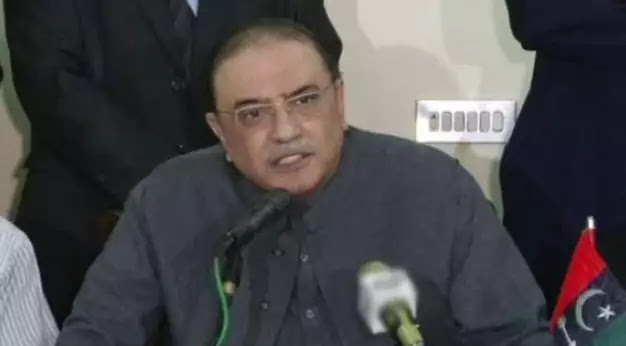 ISLAMABAD – Pakistan Peoples Party (PPP) Chairman and former President Asif Ali Zardari has said that he never raises his hand, mistrust will be 100% successful, a turning point in the country’s politics has come,
Imran Khan Tehreek-e-Adham Can’t escape the consequences of trust. According to media reports, a joint parliamentary party of the opposition met at the Parliament House on the no-confidence motion against the Prime Minister.
Addressing the meeting, Asif Ali Zardari conveyed a message of satisfaction to the members of parliament and said that Imran Khan could not escape the consequences of the no-confidence motion.
He further said that he never raises his hand, distrust will be 100% successful, all matters are settled, victory will be for the opposition by the grace of Allah.
Talking to the media, Asif Ali Zardari said that it was not a question of the concept of the national government but whatever would happen would be with the allies.
If the Speaker does not allow the contract to be presented then we will protest. To a question, he said that some undemocratic forces can take advantage of the current situation, if they are interested, they should come and fulfill their interest.
Similarly, after the meeting, Chairman PPP Bilawal Bhutto Zardari said that the speaker had come up with another weak excuse to stop the no-confidence motion from being tabled in the National Assembly.
Imran Khan can’t always run away. There is no sportsman spirit in the Prime Minister. Imran Khan cannot face defeat with dignity. The so-called great captain will drown himself like a rat on a sinking ship.
On the other hand, senior PML-N leader Khawaja Asif released the number of opposition members in the National Assembly for a no-confidence motion against Prime Minister Imran Khan.
Releasing the number of opposition members for today’s session of the National Assembly on Twitter, he said in his statement that if the number of reserves is added then the number of opposition members is much more than the government. He released a list of opposition members, stating that all 84 PML-N MNAs had participated.
55 out of 56 members of PPP and 14 out of 15 members of MMA joined. One ANP member, four out of four BNP members, one out of two independent candidates participated. PPP’s Jam Abdul Karim, Independent Member Ali Wazir, and MMA’s Abdul Akbar Chitrali were not present in the meeting.