Skip to content
HomeLatest NewsNeighbor’s attempt to rape a minor girl the mother arrived on time and saved
Spread the love
The accused’s sister was standing at the door of the flat and kept preventing me from entering. Mother 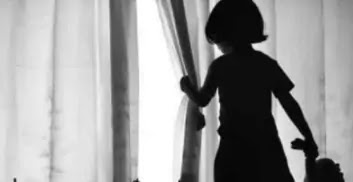 Lahore – Lahore and across the province, many incidents of child abuse are reported daily. In a recent incident in Lahore, an attempt to rape a neighbor’s daughter was foiled by the girl’s mother. According to details, an attempt to rape a girl was foiled in the Mozang area of ​​Lahore when the mother heard her daughter’s screams and reached the spot on time.
The girl’s mother lodged a complaint with the police after which the police registered a case of attempted rape of the girl by the neighbor in the mother’s complaint. A case has been registered against five persons, including a neighboring boy, at Mozang police station, police said. The girl’s mother said that when I came from the bazaar, my daughter’s screams could be heard from the neighboring flat.
He said that the sister of the accused was standing at the door of the flat.
The sister of the accused tried her best to stop me from entering but I forcibly entered the house holding the accused with red hands and made her target and returned with my daughter.
The girl’s mother further said that after bringing her daughter back home, three unidentified persons including the accused and her sister broke into her flat and tortured her. They also threatened her with serious consequences if she informed the police.
It may be recalled that a similar incident had taken place in Faisalabad earlier where the 12-year-old daughter of a disabled person was alone in her house when her neighbor Ramzan forcibly entered the house and raped the girl at gunpoint. It is to be noted that along with the incidence of abuse of women and girls across the country, there has also been a sharp rise in the incidence of abuse of minors and girls which has also caused concern to the parents.
This year, more than a dozen children are sexually abused every day in Pakistan, according to a report by Sahil, an NGO working for children’s rights. According to available data, Punjab, the largest province of Pakistan in terms of population, reported more than 1337 cases of rape with boys and girls last year (in 2020).
According to the reported cases, there were about 900 alleged incidents of child molestation in the province and more than 400 girls were allegedly sexually abused. According to statistics, the highest number of cases were reported in Lahore, the provincial capital