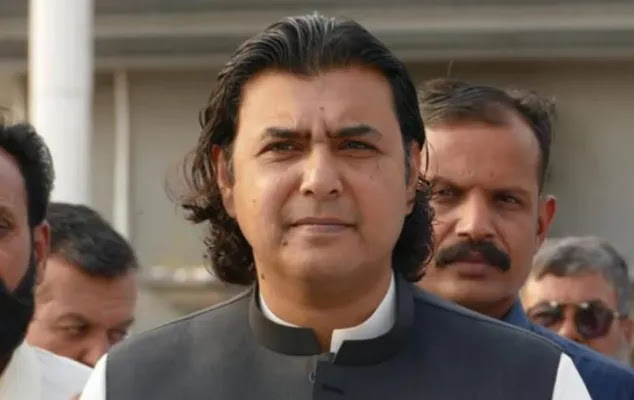 ISLAMABAD – Pakistan Peoples Party (PPP) Senator Mustafa Nawaz Khokhar has suggested holding a referendum on negotiations with the banned Tehreek-e-Taliban Pakistan (TTP) and said that we should consider a referendum under Article 48 (6) (7) of the Constitution. The nation should be allowed to decide “yes” or “no”.
According to details, while tweeting on the micro-blogging website, Mustafa Nawaz Khokhar said that negotiations with the banned Tehreek-e-Taliban Pakistan (TTP) are a matter of public importance and no individual or government can make this decision unilaterally. Responding, he said that if a question is to be asked before the nation, then we should not be afraid of the outcome of the referendum.
Senator Mustafa Nawaz Khokhar while talking to a private TV channel said that our biggest problem is extremism, those who shed blood should not be forgiven, agreements were made in our time but after some time the agreement was rejected. Do you have to make the same mistakes as we did? Conditions of the opposition, talking about the opposition and persuading the opposition is also an essential part of the whole conversation that is going on but I think this conversation is about a few people and a few Political parties should not be limited, the first thing is that this discussion should be in the forum of Parliament and not in a limited National Security Committee, the public has the right to know what is being discussed. And it is most important to know the reaction of the people to this conversation
We have made tremendous sacrifices against terrorism in the last two decades. We have crossed such rivers of fire that even today the heart trembles. One cannot imagine the tragedy of the martyrs of APS he said. What are the families going through? I have my own young children, how sad it is to imagine how they would have picked up those bodies? Our soldiers have been martyred in this whole war, their families too And there are children, there are widows and there are mothers, 50 or 60 people can’t sit down and decide, and no one institution can decide, it is up to the people to decide whether they are ready to forgive the oppressors or not.