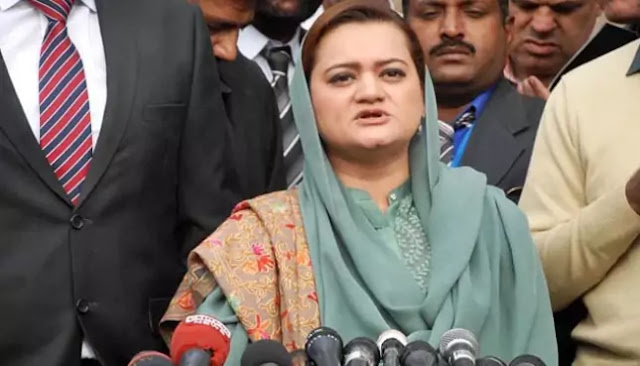 PML-N spokesperson Maryam Aurangzeb has said that Nawaz Sharif will return only after the completion of treatment and the permission of the doctor.
Replying to Federal Minister for Information Fawad Chaudhry, Maryam Aurangzeb said that Nawaz Sharif went abroad on the recommendation of the Punjab government and with the permission of the judiciary.
He said the former prime minister would return to Pakistan only after completing his treatment abroad and getting permission from doctors to travel.
The PML-N spokesperson further said that no allegation made by Imran Khan against PML-N President and Leader of the Opposition Shahbaz Sharif has been substantiated.
He said that daily statements against Nawaz Sharif and Shahbaz Sharif were proof of the bewilderment of the rulers
Maryam Aurangzeb also said that the action taken on the affidavit was an acknowledgment of the failures of the NAB-Niazi Nexus and the Federal Investigation Agency (FIA).
He directed the Attorney General to take action against the thieves of flour, sugar, electricity, gas, and medicine.
PML-N spokesperson said that action should be taken against the perpetrators of corruption, money laundering, and inflation.