Skip to content
Home Latest News Nawaz Sharif and Jahangir Tareen’s lifelong disability is expected to end
A petition has been prepared against the decision of life disqualification under Article 62F of the Constitution. The Supreme Court Bar Association will file a petition in the Supreme Court. 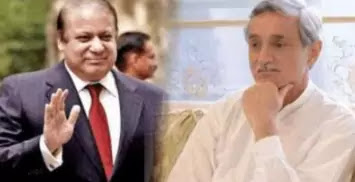