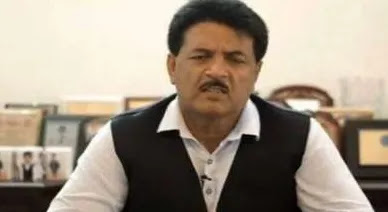 Lahore – In the by-election of the NA-133 constituency of Lahore, the ruling party was out of the election race. According to details, a two-member bench headed by Justice Jawad Hassan of Lahore High Court heard the case of NA-133 by-election regarding dismissal of the appeal of Pakistan Tehreek-e-Insaf (PTI) candidates Jamshed Iqbal Cheema and Musarat Jamshed Iqbal Cheema by the Election Tribunal. Of
The Lahore High Court (LHC) has rejected the petitions of Pakistan Tehreek-e-Insaf (PTI) candidate Jamshed Cheema and his wife Musarat Cheema against rejection of nomination papers for NA-133 by-election. The court remarked that when two persons live in the same house, how can the vote be registered in different constituencies.
The Lahore High Court upheld the decision of the Returning Officer to reject the nomination papers.
According to media reports, the Election Applet Tribunal of the Lahore High Court, in its detailed decision dismissing the appeals, said that the tribunal could not interpret the rules laid down by the Supreme Court. In a detailed judgment, the Election Applet Tribunal stated that according to the counsel for the appellants, the proposer belongs to the NA-133 constituency only. The Election Applet Tribunal said in a detailed judgment that the nomination papers were completed after receiving the voter list, according to the appellant’s lawyer.
It may be recalled that the nomination papers of Pakistan Tehreek-e-Insaf (PTI) candidate Jamshed Iqbal Cheema and his wife were rejected by the Returning Officer and this decision was upheld by the Election Appellate Tribunal. Justice Shahid Jameel Khan as the Election Tribunal had issued a detailed 12-page judgment. After which PTI candidate Jamshed Iqbal Cheema and his wife Musarat Jamshed Iqbal Cheema had appealed against the rejection of papers.