Skip to content
Home Latest News My BlackBerry will be safe whether I stay or not
I don’t have a blackberry but I have a safe place, I have no regrets about writing a book 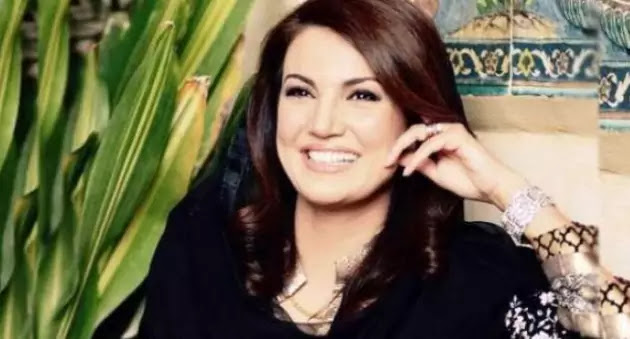 Karachi – Reham Khan, the ex-wife of the Prime Minister of Pakistan Imran Khan has said that if this government is elected then the opposition parties should not have sat in the parliament. Long march for public rights is a good thing. When a good political party offers to join, then I will join. Whether I stay or not, my Blackberry will be safe.
She was addressing a press conference at Karachi Press Club on Monday. I don’t want to be in the news but it still becomes news. I will join when an offer comes from a good political party. Every page of my book has to do with reading he said. The book did not come before the election. If you read the first book, you will think about the second book.
This was my story I told my own story. There were many accidents in my life. The incidents I have written in the book were also necessary and this book could only be written by Reham Khan. Any regrets in writing. I will be seen when I come into politics. Even before, my book was given fame by the people of PTI.
I was doing politics when I was making Syrian kebabs in Bani Gala. I have the same problems for you as to where to vote. When I am so confused about voting, I do not know which party to go to. There is a lack of ideas nowadays. It takes courage to break up assemblies, which keep telling everyone that you don’t have to panic. Reham Khan added that the PPP should have boycotted when it did not accept parliament.
The no-confidence motion is in accordance with the constitution. When there is no confidence in the Prime Minister then why wait for the instability movement. I did not know about PTI before coming to Pakistan. Reham Khan said that I do not have Blackberry. But in a safe place. Whether I stay or not, BlackBerry will remain. If the assembly is broken, it will be welcome