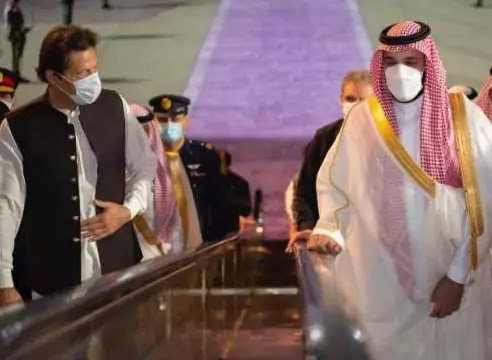 The situation in Saudi Arabia is not like the Trump era. Saudi Arabia has realized that it cannot go without old friends. The Prime Minister will also be given the scent of dollars during the visit. Comment by senior analysts

Lahore – Senior analyst Irshad Arif says that the situation in Saudi Arabia is not like the Trump era. At that time Saudi Crown Prince Muhammad bin Salman had developed an aggressive strategy, now his position is not the same as before.

This is because the US President raised the issue of the slain Saudi journalist Jamal Khashoggi. Second, there is growing resentment within the Saudi family, while the third issue is Israel.

Talking to a private TV channel, he added that there is no pressure from Saudi Arabia on Pakistan in the case of Israel. Saudi Arabia has realized that it cannot go without old friends.

Analyst Orya Maqbool Jan says that there is a rapid line-up within the region. The Prime Minister’s visit to Saudi Arabia is a pro-China move.

There is a reason, in which demands will be made from Pakistan and they will also be given the scent of the dollar. What Saudi Arabia wanted, the army chief has said that we will protect Saudi Arabia.

On the other hand, a one-on-one and delegation-level meeting between Prime Minister Imran Khan and the Saudi Crown Prince was announced, reiterated the commitment to further strengthen Pak-Saudi relations, and signed a memorandum of understanding, including a number of bilateral agreements.