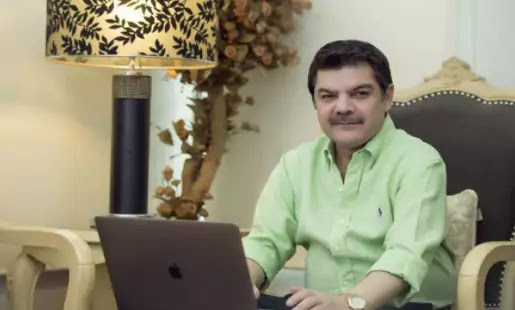 Lahore – Anchor person Mubashir Luqman has claimed that a woman kept trying to take a selfie with the decapitated body of anchor Noor Muqaddam.
Mahesh Ijaz, a female journalist, said in her tweet that Mubashir Luqman, speaking on Twitter, was saying that when Noor Muqaddam’s body was brought, a female anchor kept trying to take a selfie with him. The witness of this incident is Senator Sehar Kamran.
Mahesh Ijaz said that he did not know who the woman was but if this is true then whoever has done this act needs to create a feeling inside himself.
It may be recalled that Noor Muqaddam, daughter of former Pakistan Ambassador Shaukat Muqaddam, was killed by her friend Zahir Jaffer last year. After the murder, the accused had beheaded Noor

In a space Mubasher Lucman is saying a female anchor was trying to take selfies with Noor Muqadam’s body when it arrived. He says Seher Kamran is witness to this.

I have no idea who that person is but if it is true and whoever you are I hope you grow a conscience.