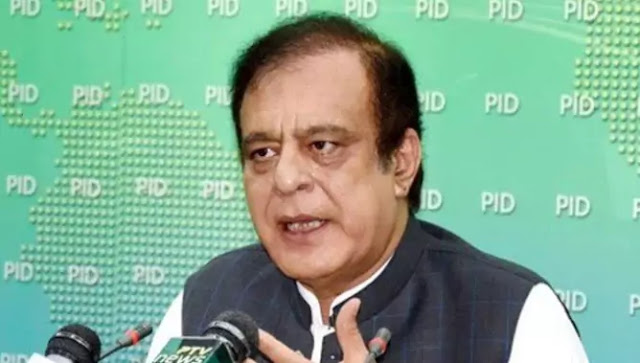 Federal Minister for Science and Technology Shibli Faraz has said that most of us got votes because of the popularity of Prime Minister Imran Khan.
Talking to Shahzeb Khanzada, the host of Geo News program ‘Aaj Shahzeb Khanzada Ke Saath’, Shibli Faraz said that our province is conservative so maybe Fazlur Rehman got the vote.
It should be noted that in the first phase of local body elections in Khyber Pakhtunkhwa, Jamiat Ulema-e-Islam has the upper hand over Pakistan Tehreek-e-Insaf.
He also said that when an election is won or lost, there are various reasons for it.
The Federal Minister said that in the remaining areas where elections would be held, more work would have to be done and liaison with the workers would have to be restored. We have to rethink our strategy said Shibli Faraz
Read more: When the border was named Khyber Pakhtunkhwa even a brave man like Asfandyar Wali cried, Asif Zardari