Skip to content
HomeLatest NewsModi’s visit to Kashmir New plans but avoiding political promises
According to the news agency AP, Indian Prime Minister Narendra Modi mentioned the development achievements of his government in his speech but refrained from making any political promises to the people of the region. 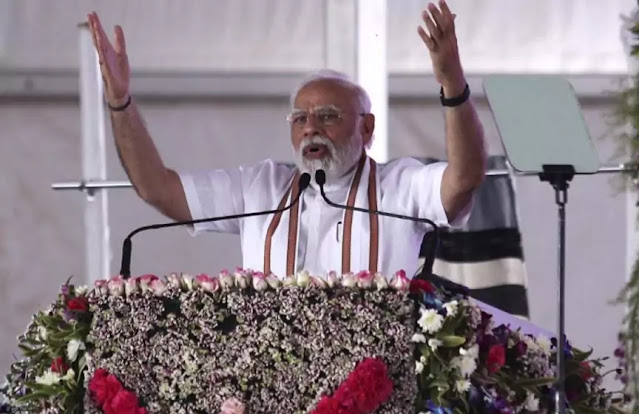 Indian Prime Minister Narendra Modi inaugurated the new projects on Sunday during a visit to Indian-administered Kashmir under tight security, but he avoided any political promises, according to the Associated Press.
This was Narendra Modi’s first visit to the Himalayan region since the Indian government ended its semi-autonomous state of Kashmir in 2019 and brought it under the direct control of the central government.
According to the Associated Press (AP), Narendra Modi mentioned the development achievements of his government in his address after the virtual inauguration of two tunnel and hydropower projects.
He said that “since 2019, the region has been put on an unprecedented path of development,” but he refrained from making any political promises to the people of the region who have been elected for four years. They are losing the government.
Referring to Kashmir, the epicenter of anti-India sentiments, Modi said: “I assure the youth of the valley that they will not face the difficulties and problems faced by their parents and forefathers. 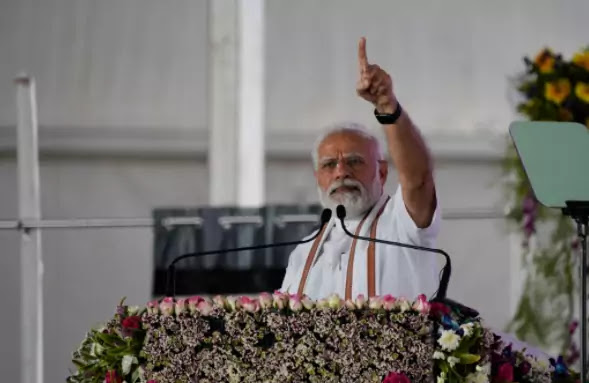 Modi’s speech was part of an event held to mark the annual Panchayati Raj or Democracy Day at the grassroots level.
According to officials, local councils are represented at the grassroots level in terms of powers, but they do not have the right to legislate.
Thousands of elected officials of local councils gathered at Palli village near Jammu for Modi’s speech. Strict security arrangements were made on the occasion and the army was deployed in the entire area to prevent incidents of violence.
According to the Indian newspaper Hindustan Times, addressing the function, Narendra Modi added that “this time the day of Panchayati Raj celebrated in Jammu and Kashmir marks a big change.”
It is a matter of pride that democracy has taken root at the grassroots level which is why I am talking to panchayats across the country.
According to the Associated Press, after the change of status of Indian-administered Kashmir, Modi’s two previous visits were to celebrate Hindu festivals with soldiers at military camps.
In 2019, Modi’s government revoked the region’s semi-autonomous status and its separate constitution. The area was divided into two federal territories, Ladakh and Jammu and Kashmir, and a lockdown was imposed, which is unprecedented.
The Indian government had also lifted the ban on land purchases and jobs in the region.
Since then, the situation in the region has remained tense as authorities have enacted a number of new laws that critics and locals fear could change the proportion of the population of Muslim-majority Kashmir.