Skip to content
HomeLatest NewsMaryam Nawaz’s reaction came after government members tortured her friend Mazari
The pack of hooligans, seeing their loss in Punjab, began harassing once more. The right of Punjab will be given to individuals of Punjab today, God willing. 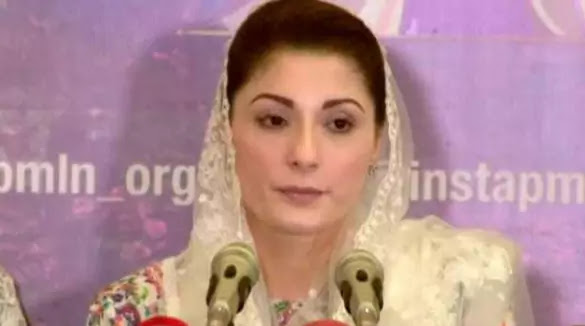 Lahore – Punjab Assembly today witnessed very sad scenes. Deputy Speaker Dost Mohammad Mazari was tortured by government members, and his hair was scratched.
Vice President PML-N Maryam has given a strong response to this issue. She tweeted on the social networking site Twitter that a group of thugs called Pakistan Tehreek is in Punjab. Seeing his defeat in front of him, he started bullying again.
No matter how hard you try, the people of Punjab will get the right of Punjab today, God willing. Maryam Nawaz further said that the development which was taken away from them in 2018, will be taken back to Punjab.
Chief Minister Hamza Shahbaz Inshallah

It may be recalled that the agenda of the meeting of the Punjab Assembly to be held on April 16 has been released. The Home Department has decided to make foolproof security arrangements for the election of the new Chief Minister of Punjab during the voting in the Punjab Assembly on Saturday.
Rangers have been summoned in view of the election of Quaid-e-Awan. Along with the police, Rangers personnel will also be on duty. Section 144 has been imposed up to 500 meters around the Punjab Assembly. Political workers cannot gather within 500 meters of the assembly. Overcrowding will be prohibited