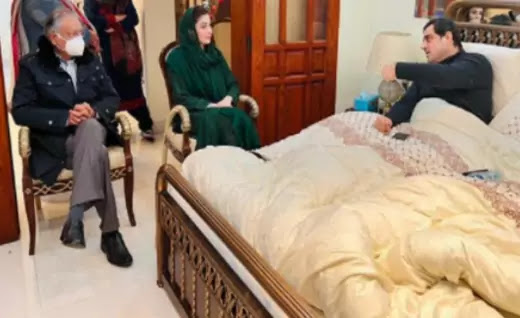 Lahore – PML-N Vice President Maryam Nawaz reached the house of Bilal Yasin, who was injured in the assassination attempt.
During the meeting with Member Provincial Assembly Bilal Yasin, Maryam Nawaz prayed for his speedy recovery. He also expressed good wishes for recovery on behalf of the PML-N leader. He thanked them.
Talking to the media, the PML-N vice-president said that the manner in which Bilal Yasin maintained his loyalty to Nawaz Sharif was an example for many people who stayed with the party ideology was rare. The incompetence and incompetence of the present government are visible all over the world. In Murree’s tragedy, people have died not from snowfall but from their indifference and incompetence. Thirty-six hours no one arrived, people, themselves know the truth